Woke up at our lakeside camp to a little condensation on the tent. Once again the mountains keep the sun away until later, so drying my groundsheet waited until lunch.

Pinchot and Mather passes are just ten miles apart, so we only had about 8 miles to hike to Mather Pass. The trail up the pass was good. Steep in parts, but with nice switchbacks, and being the south facing side, very little snow.

At the top of the pass we met an Aussie who is hiking the John Muir Trail. We also met Sweet Virginia who started the PCT on April 4 and got to Pinchot Pass in late May, climbed the pass and looked at the north side, was met with a snow filled valley, and was scared enough that she hiked back down and out a different way and skipped ahead to mile 1500 and started hiking south. She is almost to the point where she left off and will then go back to mile 1500 and start north again.

The north side of Mather Pass had a few snow fields that had to be crossed, but nothing too scary.

The hike down the valley from the pass was incredible. Beautiful lakes and multiple streams.

There is also the matter of the trail. It descends a steep valley via a series of switchbacks featuring many rock steps, an amazing piece of trail building.

I am camped out among large pine trees near a fast flowing creek. Deer are wandering through the woods and seem to have little concern for human invaders. 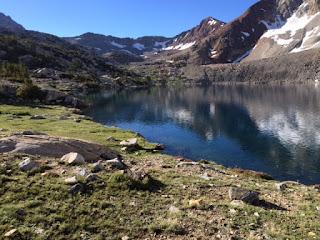 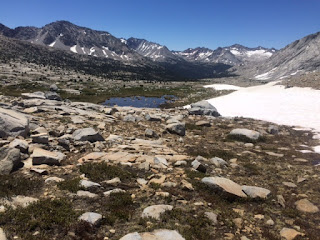 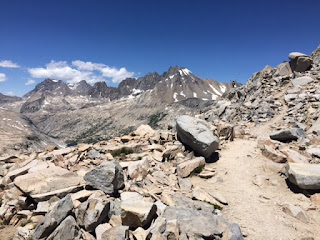 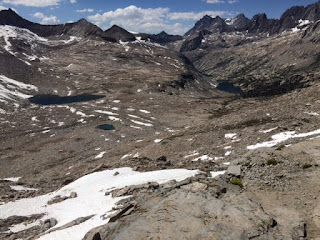 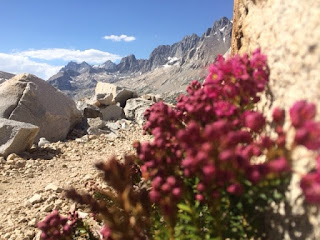 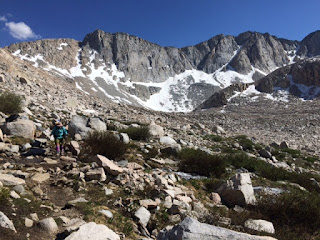 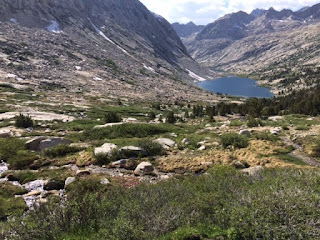 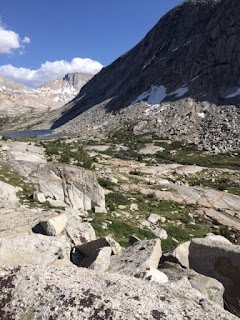 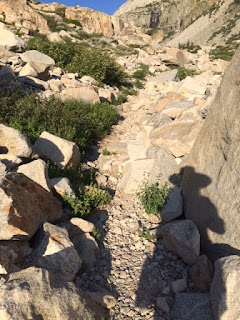