Campsite at Mile 840.60 to Large campsite, near Piute Creek

Awoke to frost on the bear can and the outside of the tent.

Most of today was spent descending from our camp site at over eleven thousand feet alongside Evolution Creek, passing several lakes and meadows along the way.

There were many creek crossings, but the big one was Evolution Creek. There are two crossings, we used the one in a nice meadow where the creek was about forty feet wide and only came up a bit past my knees. The other crossing was both faster and deeper. We talked with a couple guys who had just done it and one for I up to his chest and the other picked a better route across and only got wet to his waist.

We crossed a couple foot bridges over even larger rivers, I guess even the John Muir Trail builders figured there were limits to what they would ask a hiker to deal with.

We also passed by John Muir Rock, which is inscribed with the date that the JMT was authorized, 1917, at least that is what a man who was at the Rock said.

I am camped next to Piute Creek, which is rushing by noisily in the background. 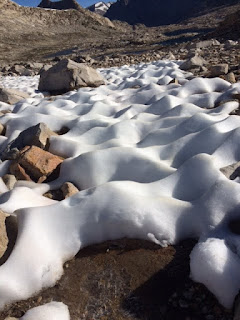 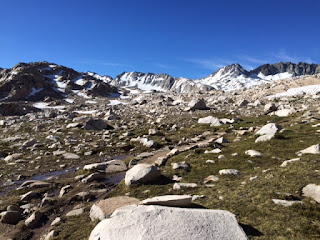 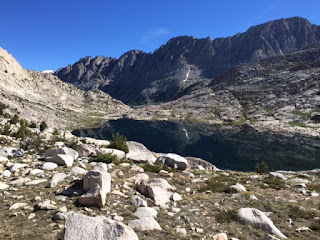 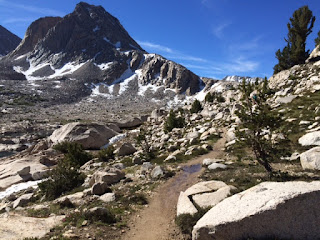 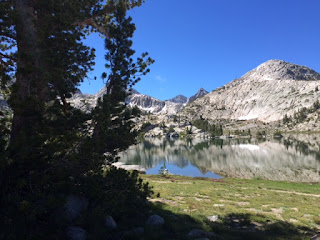 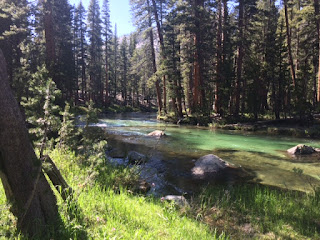 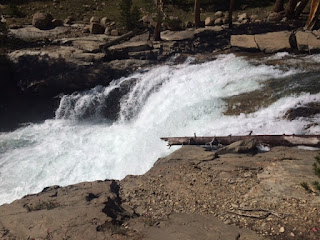 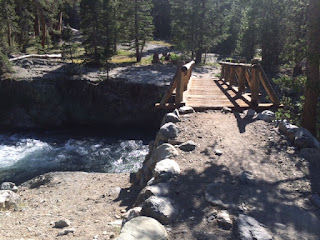 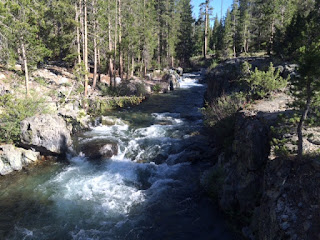 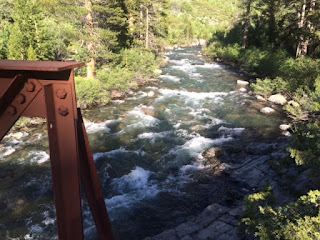 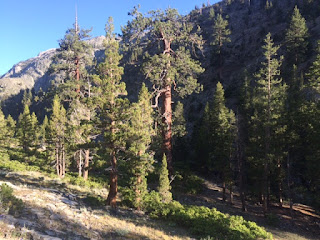