Woke up early and left the Walker Pass Campground before 6am.

There was the promise of pancakes from the trail angels, but I resisted the temptation to delay my departure, and while climbing up out of the pass, was glad of my decision.

Of course, at some point during the day, some fast hikers who had stayed for the pancakes passed me, but those guys pass me every day.

From Walker Pass it was about 18 miles to the next water at Spanish Needle Creek.
I made a small tactical error and passed the first water, going to the second location, a mile or so past where most people were getting their water. It looked a bit muddy and there were quite a few people there who were going to have to cowboy camp near the water and mosquitos.
So I got my water and departed, figuring that even though there were no camp sites indicated on my maps, there would be something in a mile or two.
Three and a half hard uphill miles later I came to the first flat spot, called something like "small campsite for 2 tents" on the map.
There were 6 tents there, along with one guy cowboy camping. I found a flat spot and laid out my sleeping pad and quilt for the night.
Too tired to cook, I just went to sleep.
Woke up at 1:30am to rain coming down, not good when one is sleeping under a down backpacking quilt.
Managed to quickly set up my pyramid tent over my gear and resumed sleeping after making sure I wasn't going to get any wetter. 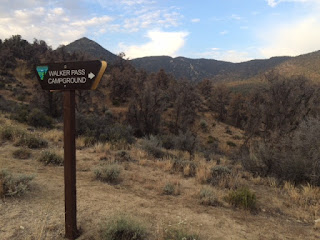 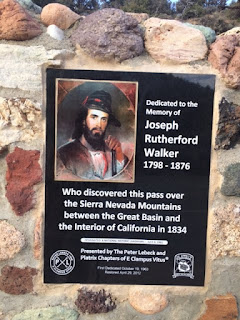 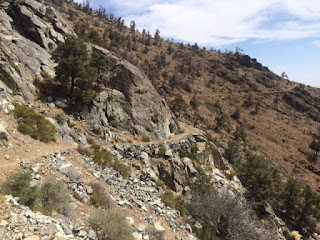 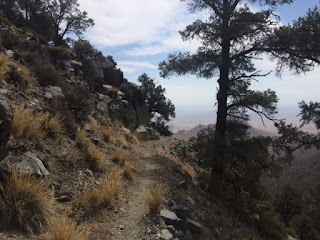 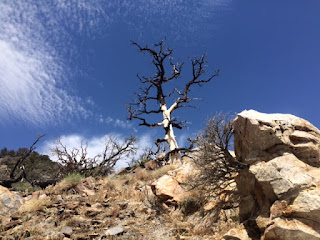 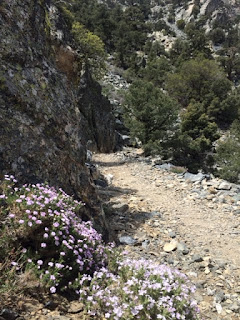 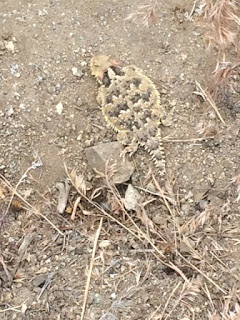 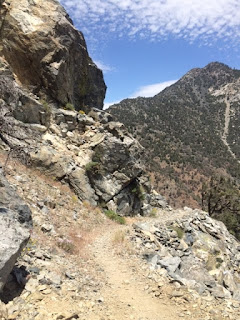 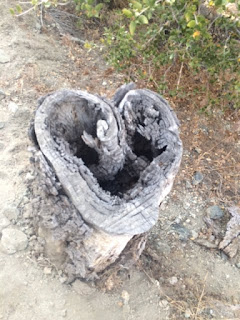 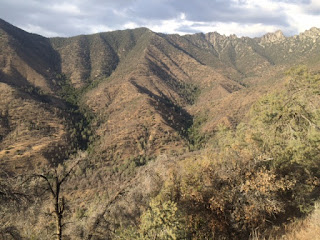