Woke up this morning at Golden Oak Spring to find that several more people arrived in the night. I did wake up at about 2:30 to one person setting up his tent next to mine and directed him to the hammer stone I had used for my stakes so he could use it to drive his into the hard dirt.

Didn't get as early a start as I should have, but still managed six miles before taking a break from 10:30 until about noon. Was going to try to go another six miles before the next break, but just made four. Did a couple more miles, then another break and so on. Eventually made it to Robin Bird Spring around 8, with just enough light to find the spring and set up camp and make a quick dinner of instant mashed potatoes doctored up with tuna and spices.

About half of the hike today was through a burnt area. If the trees were still there, it would have been a lovely day passing in and out of shade. As it was, the second half of the day did feature plenty of trees, and great scenery.

Oh, our friend the Poodle Dog Bush made an appearance. And I passed the 600 trail miles mark. 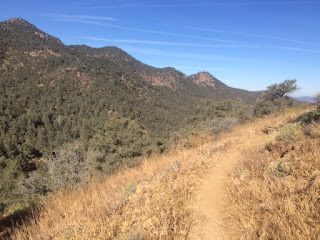 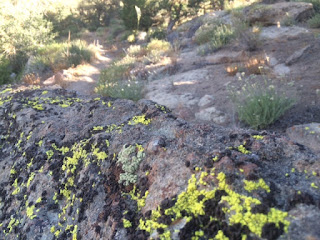 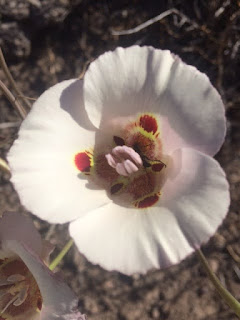 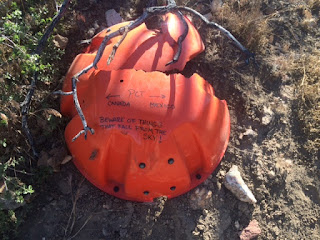 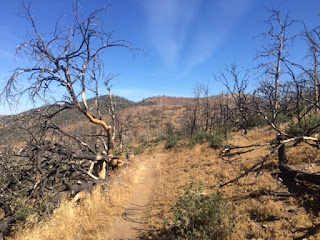 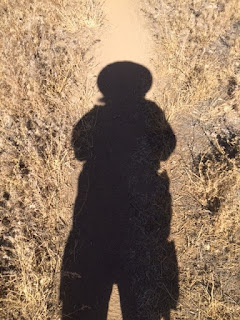 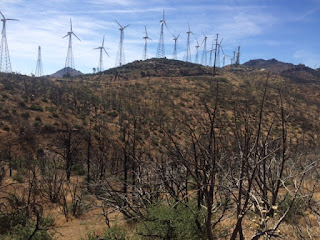 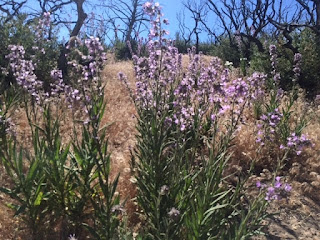 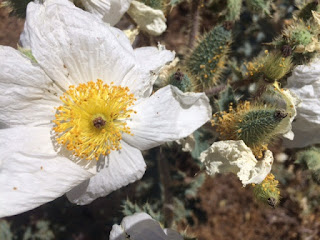 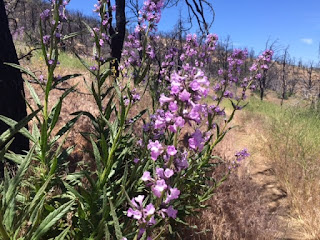 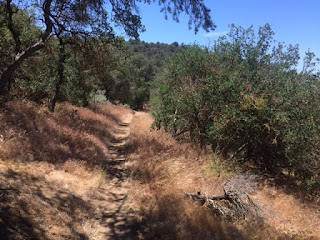 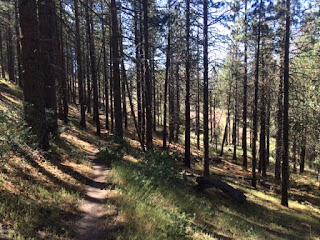 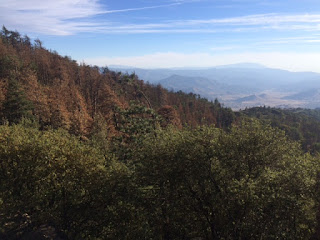 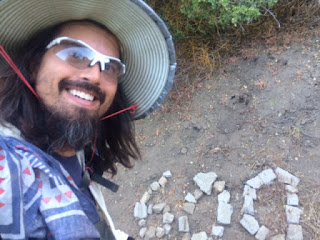 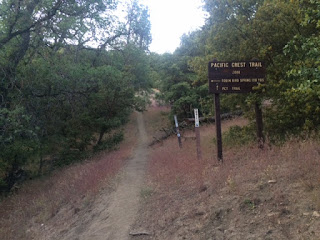