Woke up after the previous night's surprise rain and cooked the dinner that I skipped the night before.

Packed up slowly and chatted with the other guy that got caught cowboy camping by the rain. His trail name is Politics and he's an engineer from Cleveland, Ohio. Nice guy, and carrying five pounds of camera gear.

Today was a relaxed hiking day. I had already done a substantial portion of the day's major climb during the previous night, and the temperature was much cooler than previous day's had been.
I hiked to the Chimney Creek Campground, where there had been a fire a week ago. Fortunately none of the trail was actually in the burn area.
The campground was open, although the only people there were a few thru-hikers. I met Dallas and we walked the extra mile to the one water faucet in the campground, not really worth it, but we had a nice chat while eating lunch and enjoying the well water that we didn't have to filter.

Hiked on a couple uphill miles to Fox Mill Spring, which had water gushing out of it's pipe. Camped on an abandoned sandy road near the spring.
Dillon, who I had met back in the area after Wrightwood camped nearby.
One of the remarkable things about the trail is how people's schedules cross. Everyone has their own pace, and people speed up and slow down, and you find yourself meeting new people all the time, and often being surprised when seeing someone you figured was far ahead or behind. 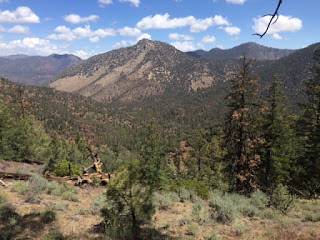 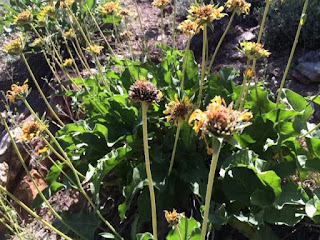 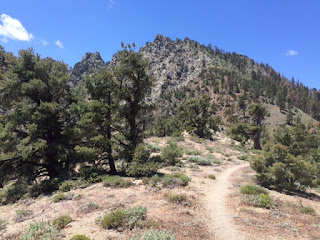 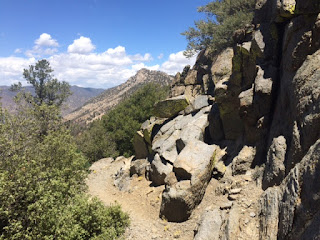 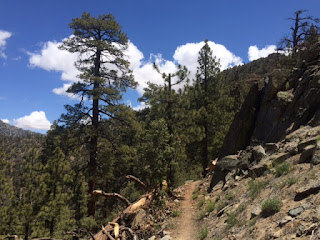 Dallas at our lunch site. 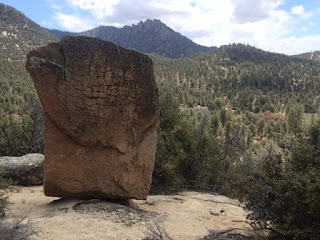 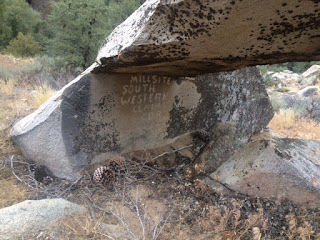