Only had about three miles to go from camp to the top of Baden Powell, but it took a while, or at least it felt like it did. I was carrying food for five or six days as well as a full load of water because the next water source was on the other side of the peak, and I seem to drink more than the average hiker out here.

The hike up the mountain was very nice, lots of tree cover kept the sun under control.

There were a few pretty large snow patches still on the mountain, necessitating cutting a few switchbacks in the uphill direction.

The wind was blowing hard at the top, making it rather chilly, so I didn't stick around for long.

Mount Baden Powell is named for the founder of the Boy Scouts, and there is a large memorial near the top of the mountain. I do wonder how many scouts perished carrying the bags of cement up the mountain.

Amazing old trees hanging on at the top of the mountain, 1500+ years old.

Coming down from the peak there was more spectacular scenery and plenty of wind while on some of the exposed ridges.

Eventually made it to the water source, Little Jimmy Spring, which was great, with log seating and a nice piped spring emerging from the hillside.

Kept on hiking after the spring, crossing Highway 2 a couple more times and then catching a short hitch around a PCT closure for an endangered species of frog.

A couple more miles though a campground and I was back to the PCT. Found a nice flat area across a big log bridge and cowboy camped (sans tent) again.3 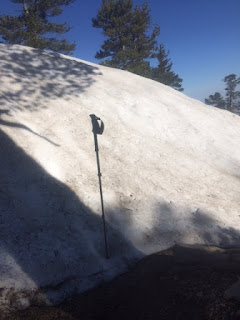 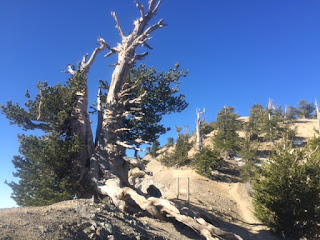 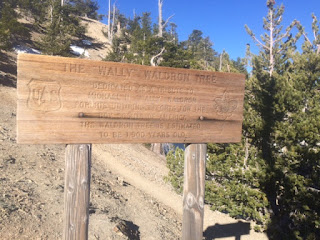 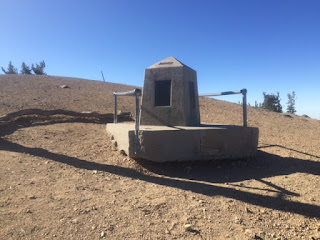 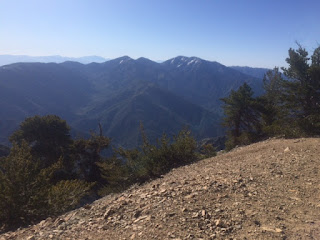 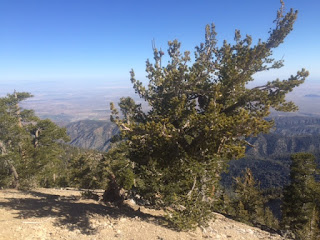 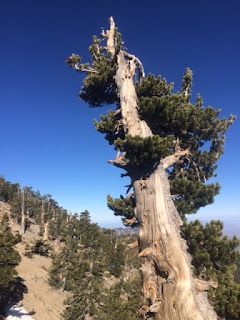 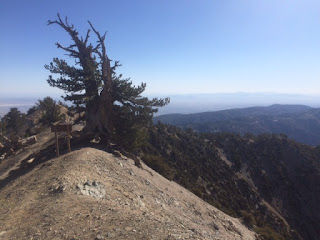 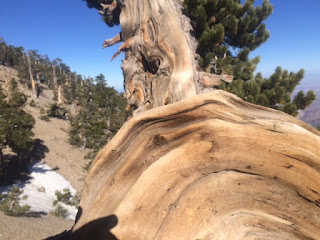 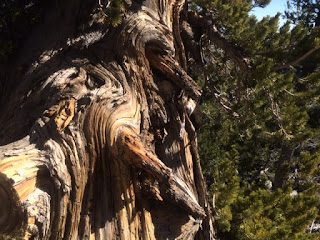 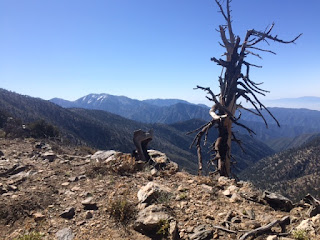 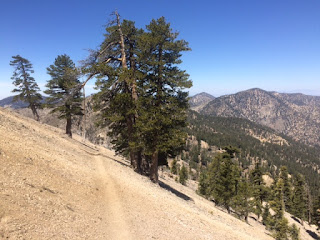 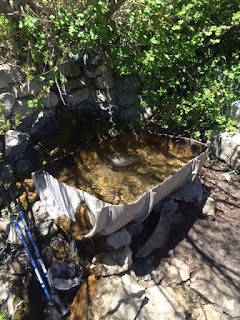 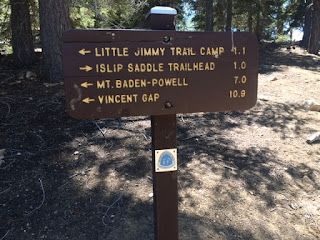 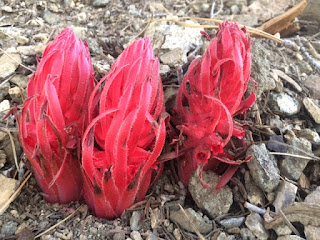 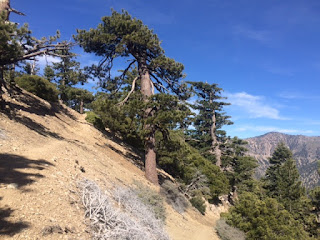 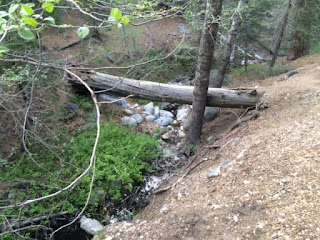 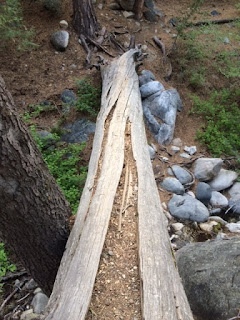 Dirty feet after a day of walking. Nightly wet wipe cleaning of my whole body.