Windy camp at about mile 540.5 to Tehachapi Willow Springs road

Camped about a mile before Tylerhorse canyon where the next water source was located. The camp site was a bit windy, but my tent did well.

Oh, and you might have noticed that this is my third tent of the trail. Not because any others failed (well, the second one didn't do too well in the snow one night), but because I wanted something that was reasonably light, but not as minimal as a tarp, and also could stand up to high winds and some rain, and also have room inside for my gear so I wouldn't have to leave it out at night to get wet or sandy or whatever. The pyramid tent has a one person net shelter inside to sleep in, and plent of room for my pack at night.

After getting water from the small creek at Tylerhorse, there was a sizable climb and then more windfarm crossing.

There was a nice, unexpected water cache that also had a few apples and oranges. Unfortunately the area had a wildfire a few years ago so the formerly shady trail is now all in the sun. There was a small cabin up a hill that appeared to have a nice porch with shade, but several no trespassing signs discouraged further investigation.

Ended the day at Tehachapi Willow Springs road where my girlfriend picked me up for a few days of pampering at home, probably the last visits home since I am getting further away each day now.

Tent in the wind. I woke up in the middle of the night hearing another couple that had camped in the same area packing up after their tent had blown down in the wind. 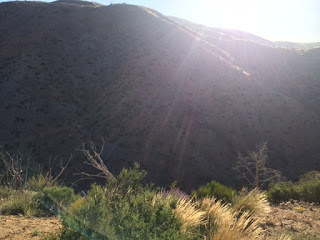 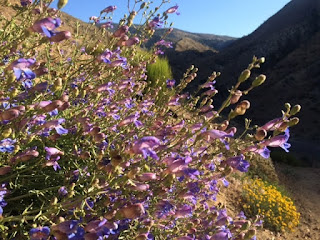 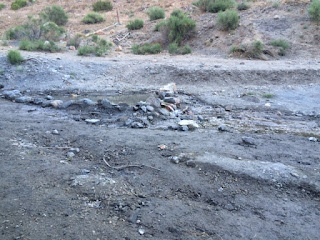 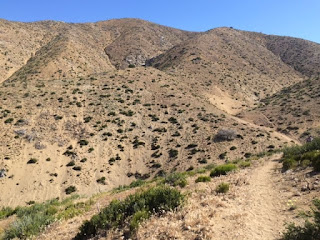 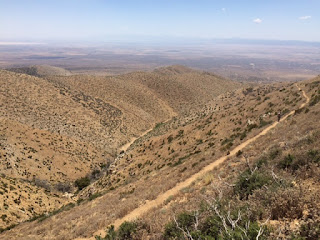 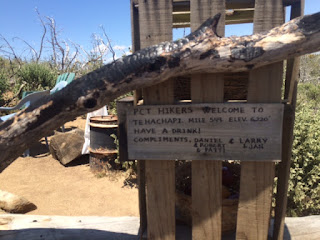 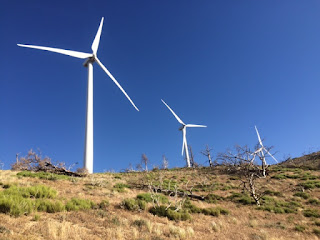 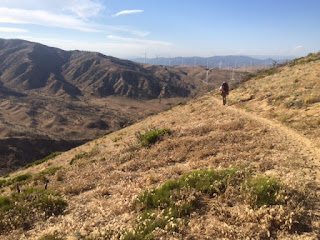 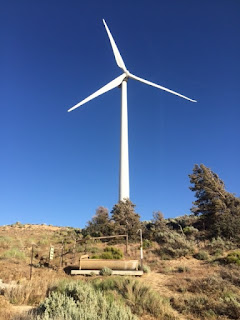