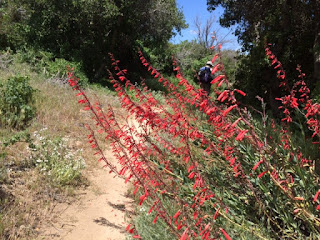 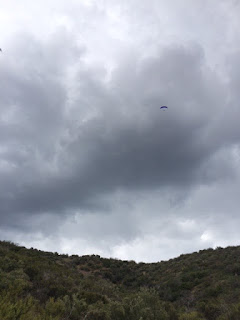 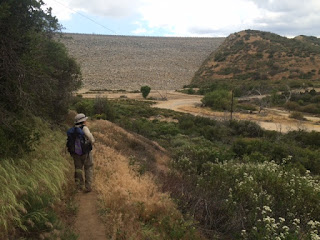 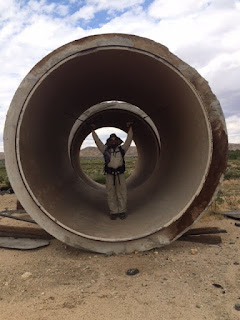 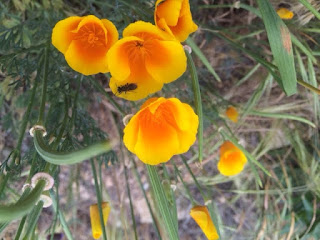 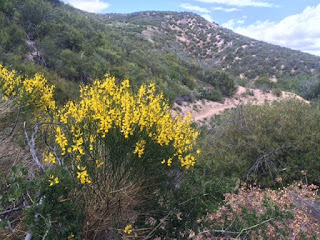 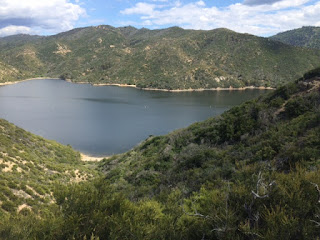 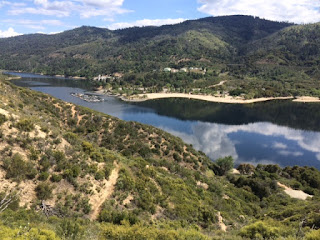 Hiked fro the Mojave River Campground to highway 138, just past Silverwood Lake today.
Up and down were about even for the day, something like 1500 feet of elevation gain and 1500 feet of elevation loss, which basically meant that the trail went up and down and all over the place getting to its destination.
We walked around a couple arms of Silverwood Lake, a pretty reservoir that it looked like was mainly in use by fishermen. I expect that in warmer weather there are a lot more people out at the lake.
We saw two paragliders soaring around under some pretty threatening looking clouds, and also saw a pair of F-18s fly through the valley over the hills where we were hiking.
There were also two rattlesnakes on the trail today. The first was a baby, maybe eight or nine inches long and skinny. He rattled his small rattle at us as he headed off the trail. The second was close to three feet long and pretty fat, he was stretched out on the trail and didn't seem like he had any interest in moving. Had to roll a few small rocks toward him to get him moving off the path. No pictures of either snake, maybe the camera will be remembered in future snake encounters.
Posted by brad at 9:02 PM