Camped at Guffy with David, Chris and Ella, and Pete (Sketch).

The hiking today was sunny and occasionally a bit windy. There were occasional pine stands, but mostly scrubby hillsides with old pine logs laying around, making one wish for the shade they once provided.

Spectacular views once again north and south as well as back towards Big Bear and ahead towards Mount Baden Powell. 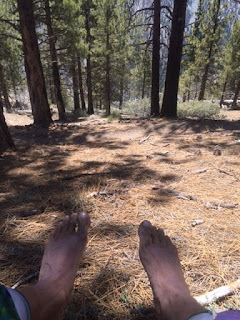 Came across this setup at one of the dirt roads that the trail crossed in the mountains. Found out later that it was a man supporting his wife with the RV, and a friend of theirs with the little trailer so she had her own space when they met up at road crossings like this. 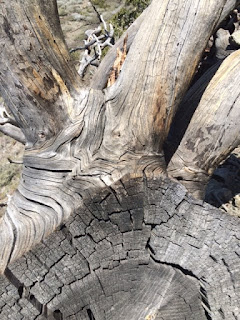 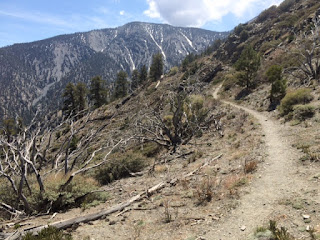 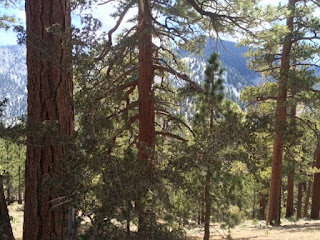 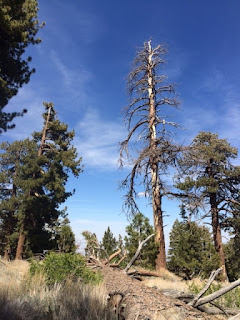 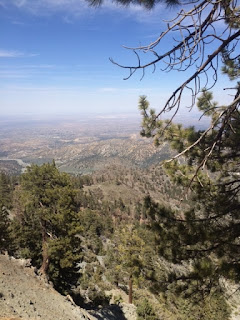 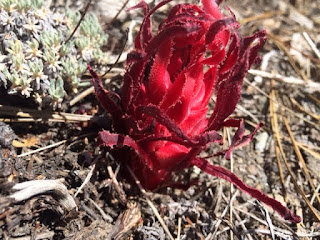 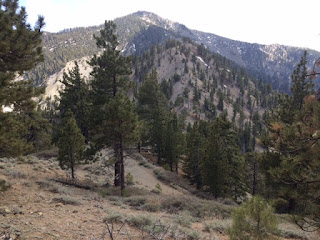 A mostly uphill day today. Many days are uphill days or downhill days, but that doesn't mean that it's a steady climb or descent, almost always you go up a bunch and down a bunch, no matter if you end higher or lower.

At any rate, today's hike was generally uphill, to end at Guffy Campground.

A fair number of dirt road cross the trail in this area, but for the most part they don't see much traffic.

I did pass by an older RV that had a small teardrop trailer parked next to the RV. The rig was way in the middle of nowhere on one of the aforementioned dirt roads, and I found it curious. A few days later I found out that the husband of a PCT hiker is driving the RV, supporting his wife at road crossings, and that the trailer is for another hiker who is hiking with the wife, so she has her own space when they're using the RV.

So, Tim wasn't the only spouse doing drive along support duty. Although I suppose using the RV, they missed out on sampling the AirBnB and small hotel selection along the PCT route.

Eventually made it to Guffy Campground, which has a spring, Guffy Spring, downhill a bit from the camp area. The spring used to be directed into a small spring house with a wooden water tank, but that setup has fallen into disrepair and now the spring is just a pipe jutting out of the hillside with water trickling out of the pipe.  It still works fine for thirsty PCT hikers.