Campsite next to covered aqueduct to Windy camp at about mile 540.5

Woke up at 5AM and was walking by 6 in an attempt to beat the heat on this section of trail.
Passed a couple coolers or water that motor home campers left out for PCT hikers, talked with a father and son who were putting more water bottles in their hiker cooler, they were out for the weekend from LA riding their quads in the desert.
Finished off the 10 miles to the next water source a bit before 11 and found a big tent set up by a crew from LA who go to Burning Man called OK NOT OK, and who wanted to find other uses for their gear. So they decided to set up a tent for PCT hikers and feed us and let us hang out, very nice people.
After hanging out for most of the afternoon, I headed out towards the next water source, a bit less than seven miles away. I am camped about a mile short, it was getting dark and there is probably a big group at the water source area.
Most of this afternoon's hike was through a wind farm, and yes, it was very windy, almost got stopped in my tracks a couple times by strong gusts. 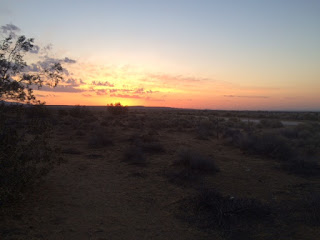 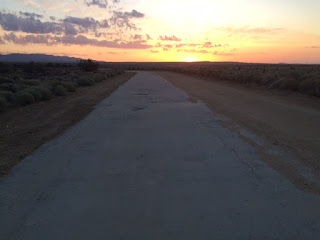 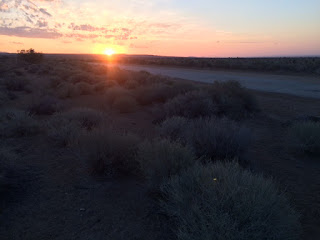 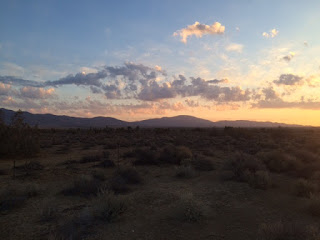 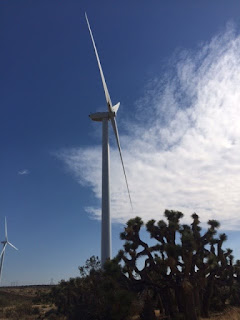 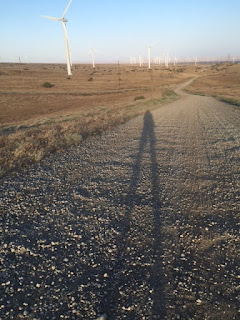 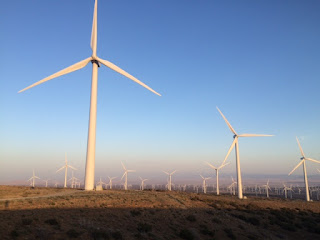 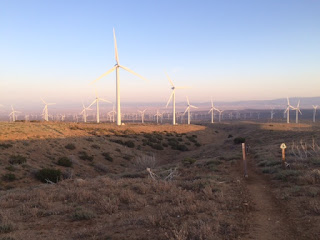