Slept in at Sulpher Springs campground, got a later start to the day, but with only 12 miles to hike, I managed to get to the Mill Creek Fire station by around 4:30.

Easy day of hiking today, the weather has kept fairly cool, and I used my umbrella for most of the day, keeping the sun off until the wind picked up in the afternoon near the end of the hike.

The Mill Creek fire station keeps a tap on for hikers, so I sat there and drank a couple liters of water before going down to the picnic area and setting up camp.

At 5 o'clock it looked like there might only be a couple people here, but over the next couple hours more and more people drifted in, and I think there ended up being around 20 people camped here for the night.

The hiking today was through some pine forest and some chaparral. Plenty of burnt areas, and a few patches of the hiker nemesis, Poodle Dog Bush, which is a plant that can produce bad skin reactions like poison ivy or poison oak, and which thrives in burn areas. It also smells quite a lot like weed, so rather distinctive. The next section of trail actually has an alternative road walk to avoid some areas of the Poodle Dog Bush that were very overgrown in past years. Word is that the bush has been cleared back somewhat this season so the trail is passable.

17.5 mile waterless stretch coming up, so have to carry a full load of water today. Will probably dry camp tonight, but my new water strategy of drinking a couple liters in the morning should work fine, it doesn't look like it's going to be a blazing hot day. 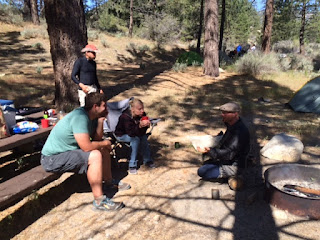 Rembrandt and Baleau (sp?) who I would run into a few times along the trail in the future. Rembrandt was carrying several pounds of art supplies. 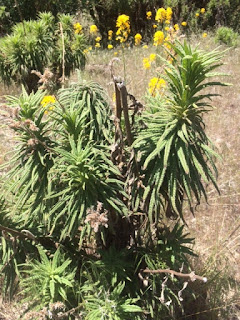 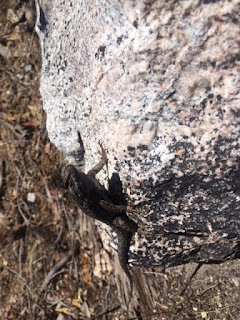 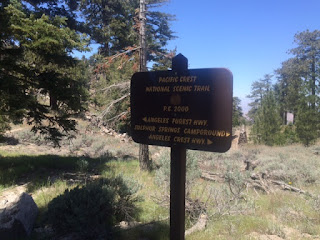 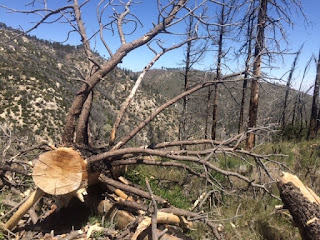 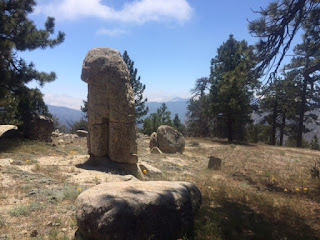 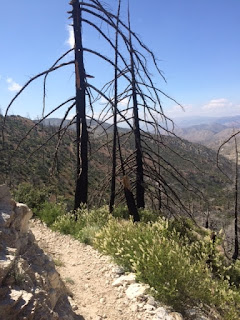 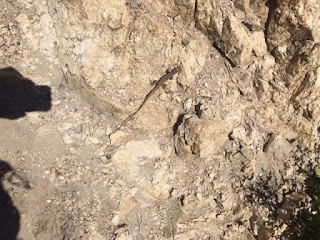