Started the day at an old Horse camp that has seen enter days. I think at one time it was a nice camp with an outhouse and other amenities, but it now has a ton of blown down trees scattered around. There are still plenty of tent spaces, but it has seen better days.

What it does have is a nice spring down a short but steep trail. Made the trip down this morning for water, it was flowing well.

Hiked about ten miles to Hikertown, a trail angel/hostel along highway 138. Hung out in the shade during the early afternoon with a whole bunch of hikers, some of whom stayed at Hikertown for the night and some who headed out as the temperature dropped.

I headed out with Sherpa and Dr. Doolittle around seven, and we hiked along a couple different aqueducts for about seven miles, setting up camp in the dark next to the concrete covered aqueduct. 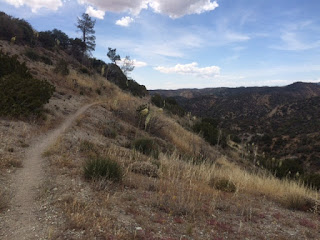 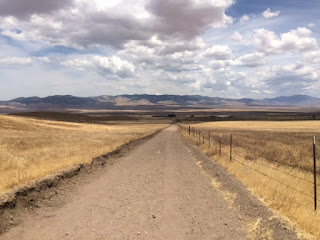 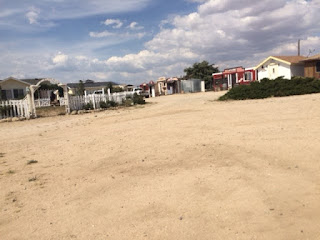 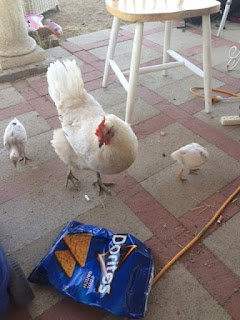 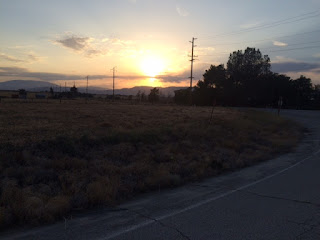 Sherpa and Dr. Doolittle heading for the aqueduct.

Alongside the open aqueduct.

Walk on top of the enclosed portion of the aqueduct. 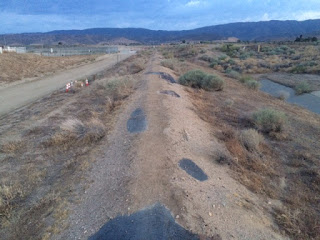 Long day today. Maybe not in miles, but certainly in hours.

Woke up at Horse Camp to great views of the Mojave Desert, down below.

Got water at the spring, down in a gully next to the camp. Didn't look too promising at first, but eventually found the good water source.

Ten miles later, and a fair amount of descending, I arrived at Hikertown, a hostel that is pretty much the only place for hikers to stop in the area.

Lots of hikers here, some had been there for a couple days.

The guy running the place let hikers borrow his van for runs to the store that was a couple miles down the road. I headed there with a few others for food and drinks. The van was an adventure, it ran, more or less, but I think one of the doors had a broken latch and had to be held shut the whole time.

I hung out in the shade with a couple dozen other hikers, waiting out the heat. We were entertained by a few chickens and chicks wandering around, cleaning up any crumbs that hikers dropped.

A couple hours before sunset, I headed out with a few other hikers, including Sherpa and Dr. Doolittle.

The trail follows the California Aqueduct for a while. All that water, right there, so tempting to jump in and float along.

Then the trail turns off, and runs along, and on top of, a piped section of aqueduct, the metal pipe sometimes exposed, sometimes covered by sand and dirt.

Later, the aqueduct becomes enclosed in flat concrete underfoot. The water rushing underfoot is audible when access panels are passed. Very tantalizing, especially knowing that tonight's camp will be a dry one.

Eventually, after hiking for a few hours in the dark, the way lighted only by tiny battery powered headlamps, the group that I was hiking with decided to stop for the night and carry on in the morning.

Our camp for the night was chosen by taking a couple steps to the side of the aqueduct and saying, "Yep, this looks okay."

I can't even remember if I set up my tent, I don't think so, because I don't remember having to go find rocks to keep the stakes set in the sandy ground. It had been a long day, and I was asleep quickly.