Got up and moving by around 9, everyone else was already gone from the roadside picnic area by the Mill Creek fire station.

Hiked the twelve miles to Messenger Flats campground and got here a bit before 4 o'clock.

Today's hiking was through a large burn section. The Station Fire burned this area in 2009, and there is still work being done, cutting down dead trees.

I took a slight detour off the trail and visited the Station fire memorial for the two firefighters who lost their lives. I also had lunch at the old Fire Camp 16, which was burned over in the fire.

Messenger Flats is a dry camp, so it's six more miles this morning before the next water. The wind picked up early this morning and has continued in gusts, so no using the umbrella as a sun shade this morning. 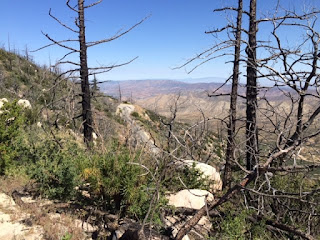 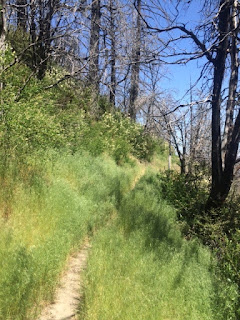 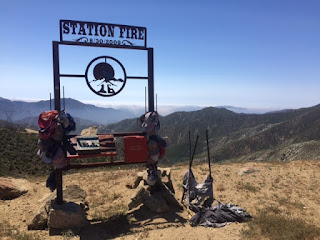 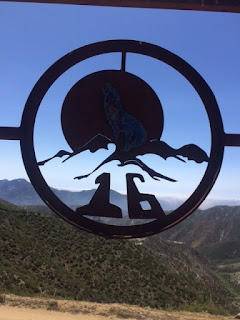 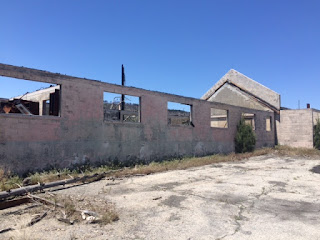 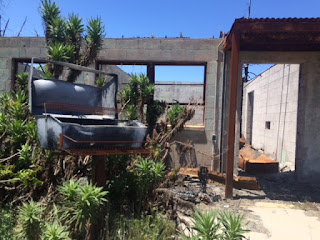 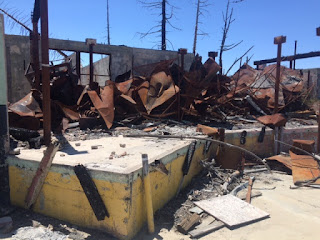 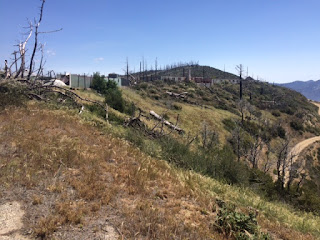 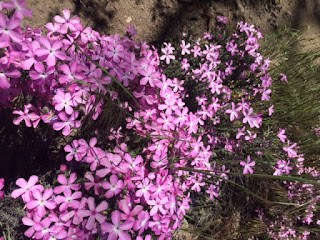 By the time I got up, ate, got more water from the fire station and packed up, everyone else had left the picnic area where we camped.

I wasn't worried, since I was only planning on hiking 12 miles today.

I was carrying a full load of water though. Tonight will be a dry camp, and it's a few miles more tomorrow before the next water source.

Part of my new strategy for water use is that, if I'm somewhere with a waster source, I drink a couple liters before I head out. Call it "cameling up" or something. I could actually feel the water sloshing inside me, an interesting feeling. But it seemed to work, so no arguing with results, eh?

Today was entirely a hike through a single burn area.

In 2009 the Station fire burned this area. There are still fallen trees being removed, and although this section of National forest is criss-crossed by roads, none are open to the public like they used to be, and there are several campgrounds that are no longer maintained, even though their buildings are still standing.

Two firefighters died in this fire, and the route that I took passed by a memorial to them, as well as the wilderness fire station (Fire Camp 16) that the fire was named after, having started in the area. the fire station was pretty much destroyed and has not been rebuilt, being left as it was.

The trail in this area is a little bit vague, it follows some dirt roads and wanders on and off them a bit. I looked on the maps I had and kind of made my own route, linking roads together so I passed through the old fire camp and then onward to the Messenger Flats camping area.

I got to Messenger Flats around 4pm, and there weren't too many people there. But over the next few hours, and even after dark, more people rolled in. I'd guess that there were around 20 hikers here last night, although a few I never saw, those getting in after I retreated to my tent and then packing up before I emerged.

Messenger Flats is one of those campgrounds that at one time was road accessible, but now is only reachable by the public via hiking or horseback. The concrete outhouse is still there, and in good shape.

Some of these campground still have water piping, but in most of them the water is turned off. That was the case here, thus the dry camp. Happily, I have plenty of water for the few miles to the next water source tomorrow.