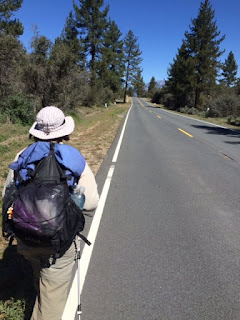 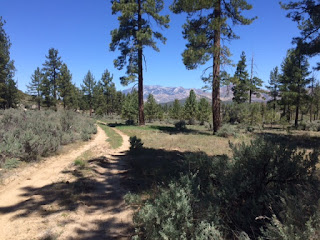 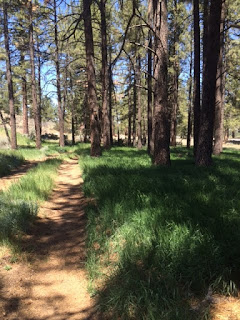 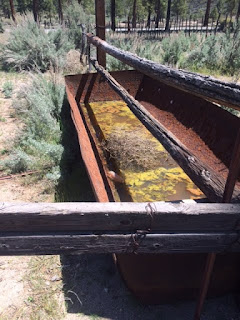 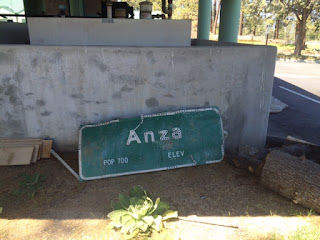 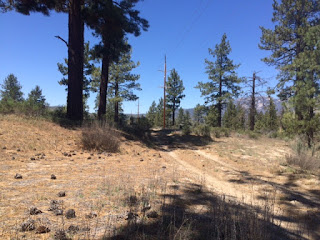 In 2013 the mountain fire burned a section of the PCT. the trail is still being worked on, so there are alternate routes.

I did one that basically had me walking along highway 74, sometimes on the shoulder and mostly on a power line access road.

About 10 miles from the Paradise Cafe to the Hurkey Creek campground.
------------
2021 Update:
One of the things about a long trail like the PCT is that the route is ever-changing. Here in the west, in particular, one of the big things that forces changes are the wildfires that seem to happen every year.
The section of trail between the Paradise Cafe and the town of Idyllwild in the mountains mean San Jacinto peak was the site of a fire in 2013. Even three years later the trail hadn't been repaired, so there was no way to hike the actual PCT.  Mighty Mouse was going for a continuous footsteps from Mexico to Canada type hike, so even if there wasn't an official route, she was going to be walking some route.
In this case, the official route was to do a road walk along the 74 then take a combination of dirt roads and other trails into Idyllwild and then up to the PCT.
So, after the cafe, we walked along the road for a while, ending up at the Hurkey Creek State Park. Tim and Mighty Mouse camped there overnight, and my girlfriend came and picked me up for a couple nights at home.
My plan is to start back at the campground in a couple days, then hike to Idyllwild and meet Mighty Mouse there. Mighty Mouse and Tim are getting a cabin in town for a couple nights. Tomorrow's a Zero day.
Photos from today: https://www.b-photo.com/Travel/PCT-2016-Day-by-Day/April/April-17/
Mighty Mouse's blog from today: http://www.timandgerri.com/blog---2016/day-16-17-april-mile-15286-162
Posted by brad at 4:02 PM